Bike computers have become increasingly more popular among cyclists and there is a great selection on the market. Whether you want a budget device or a premium alternative with a huge list of functionality, we list some of the best that are suitable for all budgets. 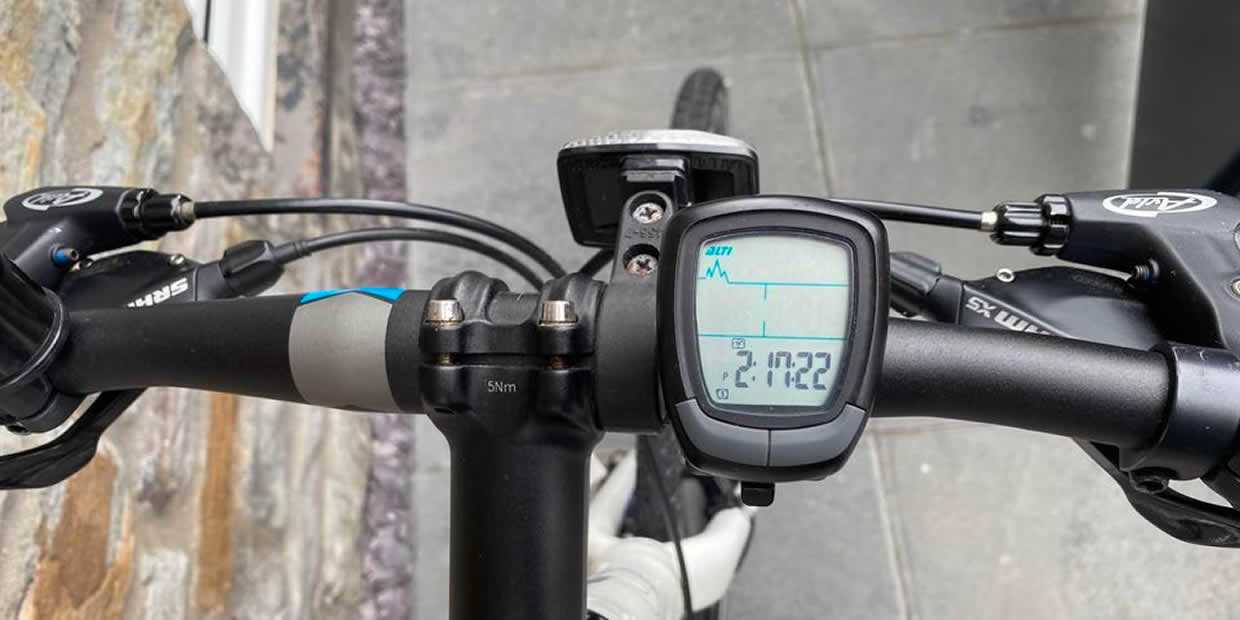 If you require a quick answer, the best bike computer is the Wahoo ELEMNT BOLT, which is packed full of functionality and is also compatible with Strava (as well as other popular third party apps). However, if you want the best budget bike computer, the Garmin Edge 130 Plus is a great option to consider with its compact design and reputable brand backing.

To rate the bike computers within this article, we based our recommendations upon our experience and testing of multiple devices (as shown in the “How We Rated” section below). We also carried out hours of research and considered a number of factors. Some of the factors that we took into consideration included the display, functionality, GPS features, ease of operation, build quality, battery life, compatibility with other applications, warranty and value for money.

Bike computers are an excellent investment for any keen cyclist and they’ve improved massively over the years. Whether you simply want a budget bike computer or one packed full of functionality, there is a great selection available.

Below is a list of the best bike computers that allow you to track your performance and navigate through various routes. 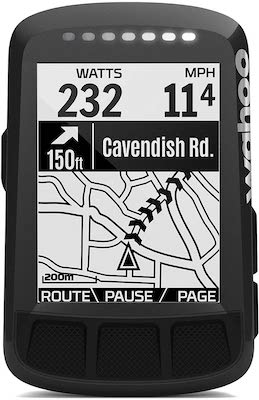 According to the brand, it’s the first fully aerodynamic bike computer on the market and Wahoo state that it provides up to 50% less drag when compared to the alternatives available in the UK.

Other features of the Wahoo ELEMNT BOLT include:

Although expensive, the Wahoo ELEMNT BOLT is the ultimate bike computer that offers great connectivity and an easy to use interface. The list of functionality that it provides is very impressive and it certainly won’t disappoint.
Check it Out 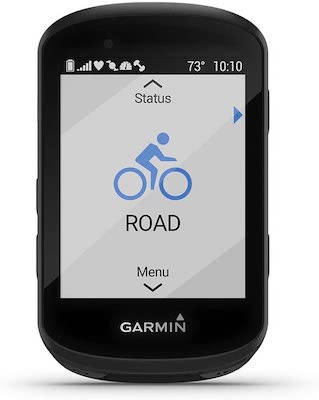 Garmin produce a wide range of GPS bike computers and the Edge 530 Performance is by far their most popular. It features an advanced navigation, which includes turn-by-turn directions, alerts and so much more.

A desirable inclusion integrated in this bike computer is the fact that it’s pre-loaded with Strava’s Live Segments. This allows you to compete with your previous best or another rider’s PR and even view instant results.

Other features of the Garmin Edge 530 Performance include:

As you would expect with any Garmin product, the Edge 530 Performance is built to the highest of standards and includes all the functionality you could ever need. The only downside is the fact that it comes with a premium price tag. However, the advanced navigation features and other intuitive functions are definitely worth paying the extra for.
Check it Out 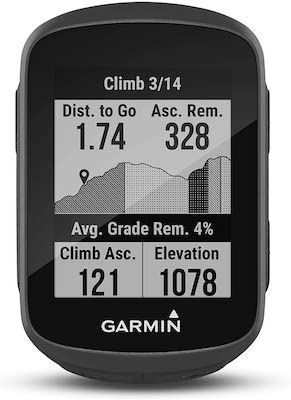 For those on a tight budget but still want to remain with the Garmin brand, the Edge 130 Plus is a great option to consider. It’s a simplified, compact and easier to use version of the 530 Performance above that offers great value.

Although this particular model isn’t as advanced when compared to other Garmin bike computers, it still uses GPS, GLONASS and Galileo satellites as well as a built-in barometer.

Other features of the Garmin Edge 130 Plus include:

To conclude, the Garmin Edge 130 Plus is by far the best budget bike computer in the UK that’s backed by the reputable Garmin brand. Although there are cheaper alternatives on the market, they won’t have access to the Garmin GPS technology and have the reputable brand backing as this device benefits from.
Check it Out 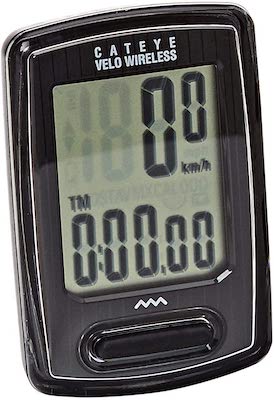 Another budget bike computer that’s highly rated and easy to install on any bike is the CatEye Velo. It doesn’t feature navigation but it’s ideal for those requiring basic data such as speed, distance, duration and other statistics.

Compared to similar priced bike computers, it features a much larger display that many will find very desirable.

Other features of the CatEye Velo include:

If you are fed up of using your phone on a mount or inaccurate data, the CatEye Velo is the perfect solution. It’s a cheap wireless bike computer that’s actually worth buying and is easy to setup and install on any type of bike.
Check it Out 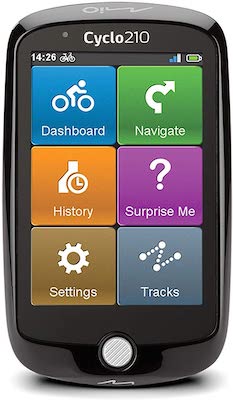 Mio are another brand that produce a variety of bike computers and their 210 model is a mid-range option. It features a large 3.5 inch touchscreen display that’s easy to navigate and has an anti-glare coating for clearer viewing in the sun.

In terms of the navigation, it comes pre-loaded with full European maps and even a “Suprise-Me” feature, which allows you to explore new routes for additional enjoyment.

Other features of the Mio Cyclo 210 include:

The Mio Cyclo 210 has one of the nicest touchscreen displays but you do pay a premium for it. It’s almost double the price of similar functioning bike computers but if your budget allows, the brand offer more advanced alternatives.

Compared to the 400, 405 and 605 models that the brand produce, the 210 is their budget option. Therefore, you could upgrade to the premium models that include a longer battery life, Bluetooth, Strava integration and so much more.
Check it Out 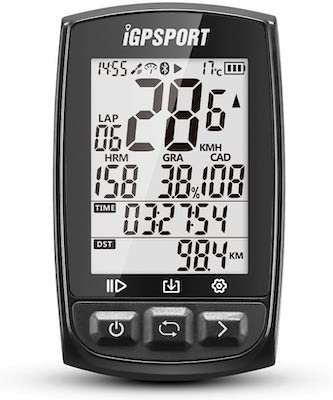 The IGSPORT iGS50E wireless bike computer is a budget option that’s packed full of functionality. It’s also backed by an impressive two year warranty for complete peace of mind, which is far longer than other budget devices.

A standout feature of this particular bike computer is the long battery life of up to 40 hours. It’s more than double when compared to most of the alternatives and this can be a major factor to consider for many cyclists.

Overall, the IGSPORT iGS50E is an excellent all-round bike computer that combines functionality with value for the money. It’s important to note that this device is highly dependent upon the brand’s application and it will need to be downloaded before connecting the bike computer to your phone.
Check it Out

From tracking our performance on long distance rides to experimenting with new cycle routes, we’ve tried and tested a variety of bike computers over the years. This includes budget bike computers that output basic data to premium options such as the Whoo ELEMNT Bolt and multiple bike computers by the reputable Garmin brand.

As shown in the photo, our current bike computer is the Garmin 530 Performance and its a great bit of kit. We really like the clear display and it also comes with a range of intuitive functionality that we use regularly.

As well as our experience and testing of multiple bike computers, we also based our recommendations upon hours of research and a number of factors. Some of the factors that we took into consideration included the display, functionality, GPS features, ease of operation, build quality, battery life, compatibility with other applications, warranty and value for money. 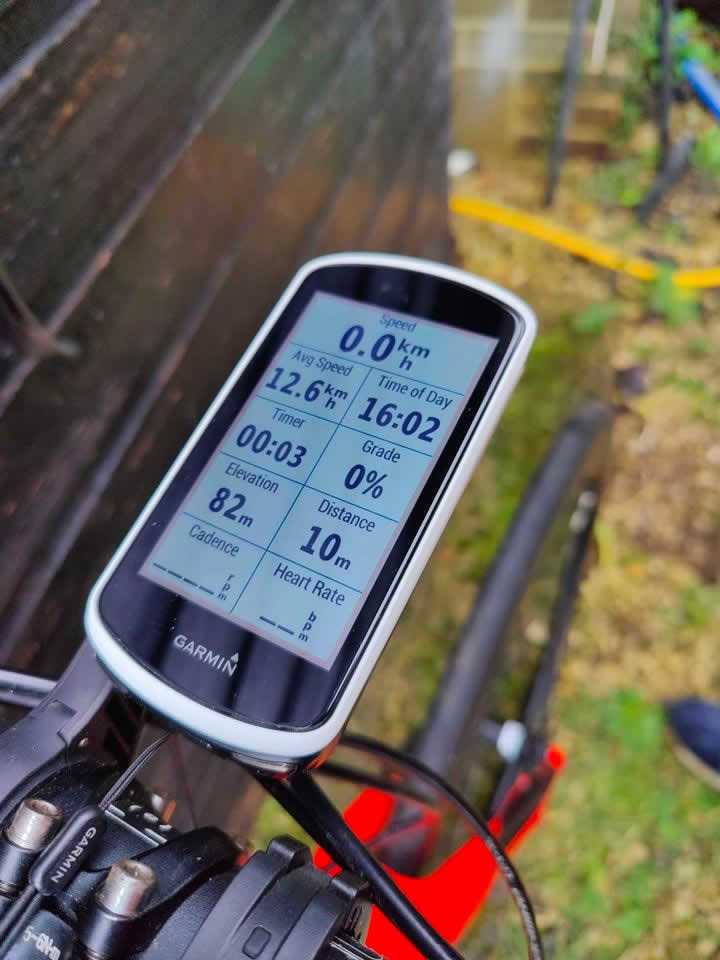 The budget you set aside will play a big role in the bike computer that’s suitable for your requirements. Budget bike computers often lack smartphone connectivity and navigation but this may not be a requirement for many cyclists.

If you simply want to view real-time performance such as speed, calorie consumption and other statistics, the budget bike computers are perfect. However, many of the premium options are packed full of functionality and allow you track more statistics, navigate through new routes and even connect with third party apps such as Strava. If you require further information, feel free to get in touch and we will try to help out where possible.