Home » Home & Garden » Gardening » How To Start A Petrol Lawnmower

How To Start A Petrol Lawnmower

Petrol lawnmowers offer so many benefits when cutting your lawn but many people tend to avoid them due to the effort involved to start the engine. However, within this article, we walk you through just how easy it is to start a petrol lawnmower. 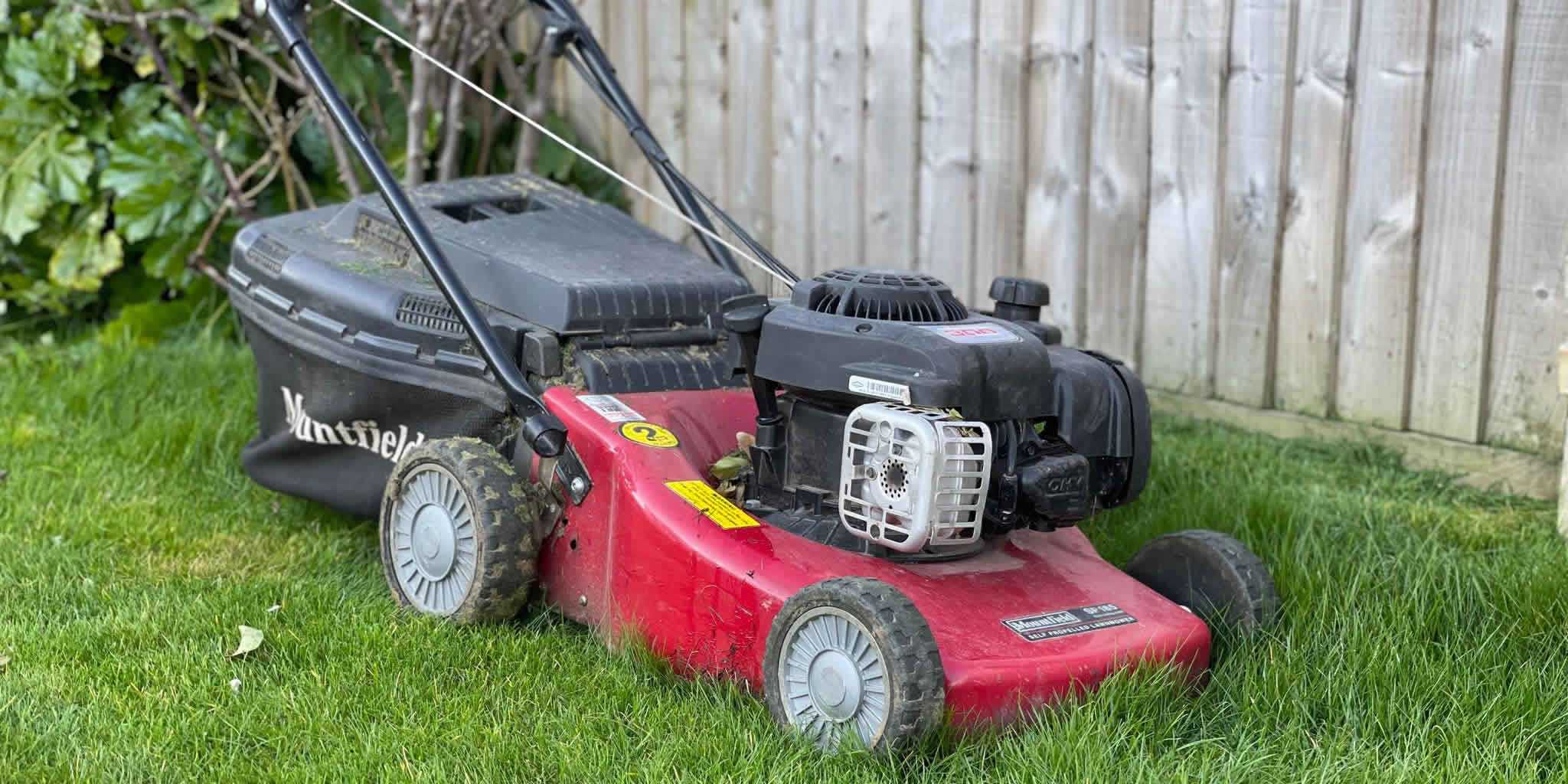 Whether you have a Hyundai, Mountfield or any other type of petrol lawnmower, the majority will start up using the same technique. However, if you are new to the world of petrol lawnmowers, trying to get it to start first time or at all may be something that you are struggling with. To ensure that you have the best possible chance of starting a petrol lawnmower first time, we’ve created the below guide that covers each and every step.

How To Start A Petrol Lawnmower

As you would do with a car, it’s crucial that you check the fluids beforehand. Unlike a car, there are no warning lights that’ll appear if the lawnmower is low, which means that you’ll need to do this manually before starting the engine.

To check the oil in your lawnmower, you’ll want to pull the dipstick out and clean it off with tissue before putting it back into the tank. You can then proceed to taking it out and checking to see if the oil is between the minimum and maximum marks of the dipstick. If it isn’t, you’ll want to top it up if required or alternatively replace it if its old oil (over a year old).

In terms of adding petrol to the lawnmower, it’s always advised that you top it up whilst the lawnmower is cold. Ideally you’ll want to use fresh unleaded petrol that isn’t too old or has been left outside in direct sunlight.

After checking the fluids, you can proceed to starting your petrol lawnmower. To begin, you’ll need to prime your engine using the primer bulb that’s usually located on the side of the engine and in a distinctive colour such as red (as shown in the image). To prime the engine, you’ll need to press the bulb 3 to 4 times.

It’s important to note that many premium petrol lawnmowers don’t require priming to start the engine, which means that they won’t have a primer bulb. Therefore, if there is no primer bulb, you can simply skip this step and move onto starting your petrol lawnmower. 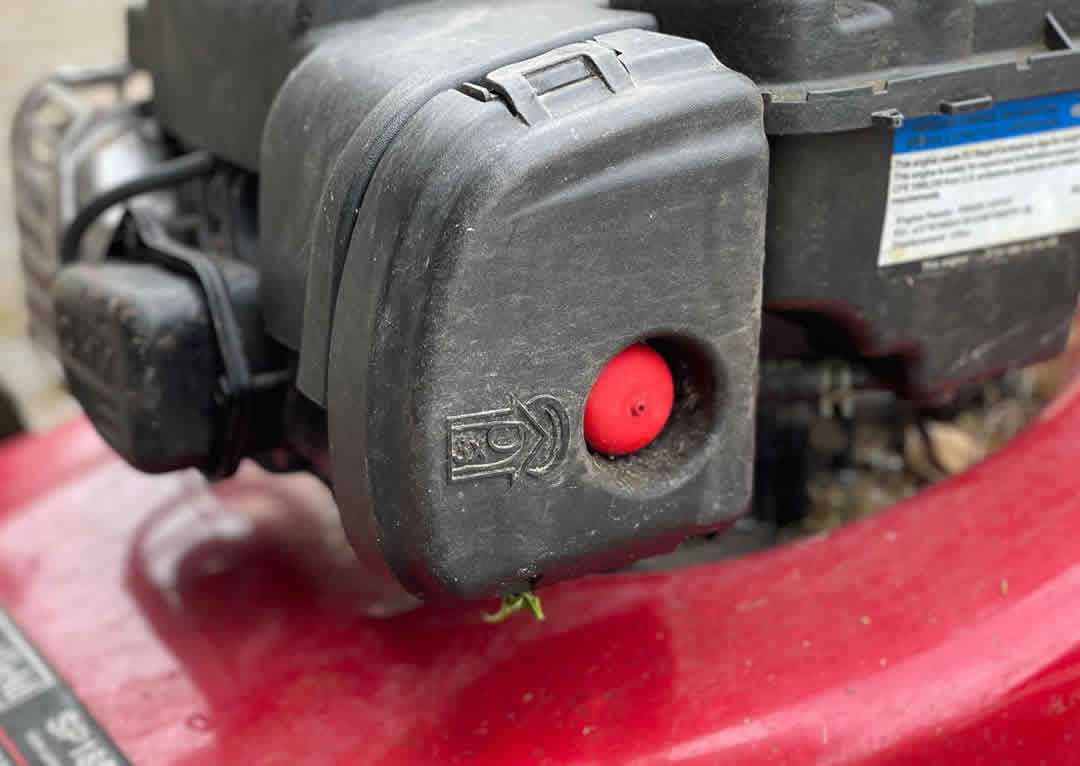 3. Pull The Lever Towards The Handle

With the engine primed, you’ll want to pull back the safety lever, which will allow you to start the engine.

The levers themselves should move freely and you shouldn’t need any force to hold them. However, if you find there is slight resistance, spray WD40 on the joints. 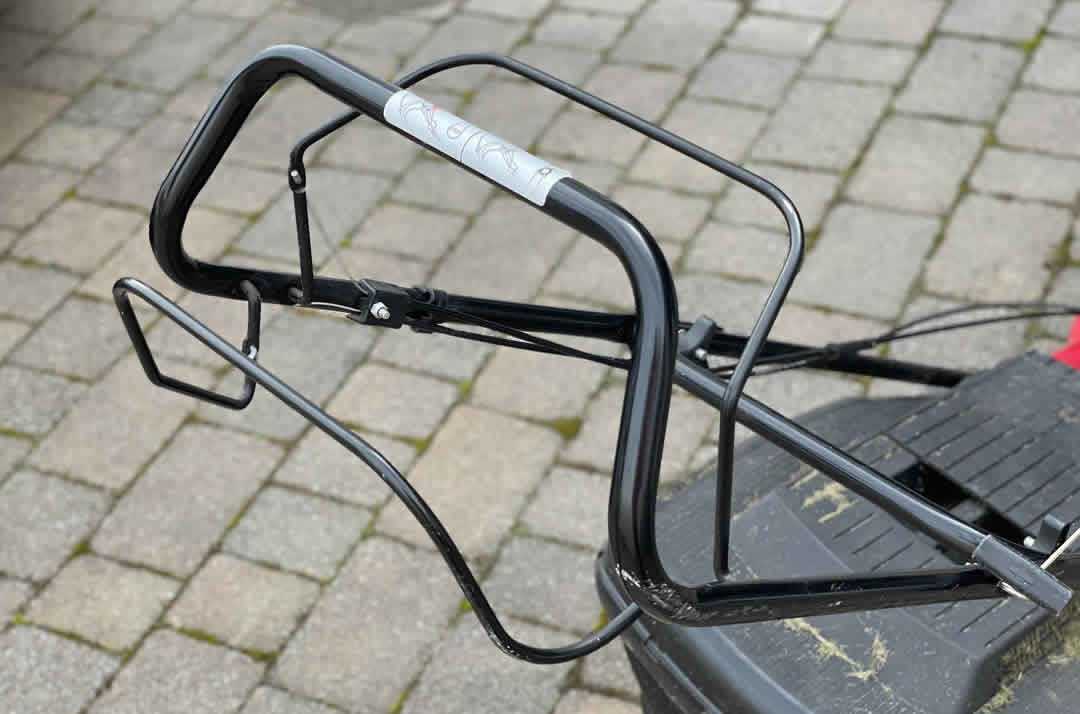 Whilst holding the safety lever in place (some models don’t need holding), get a firm grip of the pull cord handle and then sharply pull it. If the engine is cold, you may need to pull the cord 3 to 4 times but if the engine is warm, it should start up upon the first pull.

If your petrol lawnmower won’t start, please read our advice below.

If you have a lawnmower that self-propels, with the engine running, you can pull the lever upwards to activate the forwards motion. This will push either the front or rear wheels and make pushing the lawnmower up inclines far more easier. However, it’s important to note that you don’t have to use it all the time and it’s not required in order to start a petrol lawnmower. It’s simply just an optional extra added to many lawnmowers that’s very useful for large lawns that feature steep inclines. 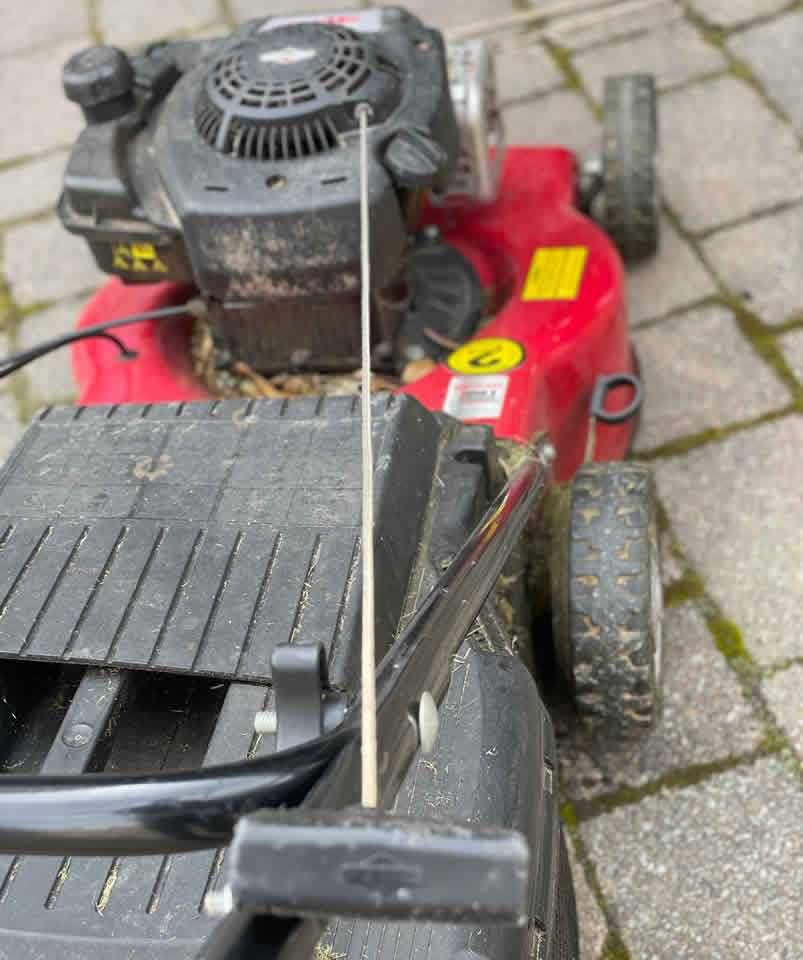 Although a petrol lawnmower requires more effort to start, the benefits far outweigh the effort involved to start it. In our guide, we used a Mountfield machine but the process of starting a petrol lawnmower is very similar for most models.

To ensure that your lawnmower’s engine is reliable and starts up every time, it’s important that you correctly maintain it. We wrote a guide on how to service a petrol lawnmower where we cover everything that you need to know.